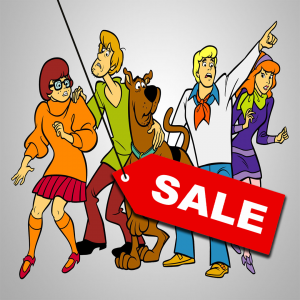 I’m not one to normally fall into the clickbait trap that is Facebook ads, but one colorful ad sporting a sale tag caught my eye. A white varsity sweatshirt with a picture of the Scooby-Doo characters on the front, marked down to thirty dollars. I was a huge fan of the crime-solving gang when I was little. However, the show didn’t have my interest in the beginning. I don’t know what caused it, but the show, according to my mother, gave me nightmares. I also don’t know what sparked my interest in the show years later, but it quickly became a favorite. I added the sweatshirt to the cart and submitted my order. After a long wait, the clothing item arrived and has sparked many conversations like “My favorite episode was…”, “What did you think of the live-action movie”, and “That would be the perfect group Halloween costume!” When I look at the sweatshirt, I am reminded of my one and only attempt at camping.

I am definitely a girly girl. My nails are always painted, I enjoy wearing makeup, and I love the feeling of dressing up with a pair of heels. Although, I am not a full-blown girly girl since I was raised in the South. I help my dad mow the yard, I am not afraid to pick up an earthworm and put it on a fishing hook, I know how to shoot a bow and arrow and a gun. Yet the idea of sleeping on the cold ground in a tent that bugs, animals, and even other people can easily enter, does not sound fun to me. I have owned two tents… well play pop up tents during my childhood. One of those tents looked like non-other than the Mystery Machine itself.

I wanted to go camping one night in my new Scooby-Doo tent (this was before I fully understood what camping really entailed) but Mom convinced me the thin tent, which was open on each end, would not be suitable for outdoor camping. She gave me the idea of camping inside, so I set the tent up in the living room. I filled the tent with what I though was useful. A sleeping bag, flashlights, a Scooby-Doo umbrella, a stack of Scooby-Doo DVDs… Yes, I just said a stack of Scooby-Doo DVDs. Don’t ask me why but for some reason any item Scooby-Doo related was in that tent. Before struggling to fall asleep on the hard floor, I watched–yep you guessed it– a Scooby-Doo movie.

The tent stayed up in the living room for a couple of days. At the time I was learning about cave paintings in my elementary school art class, so I thought it was cool to draw on the white inside of the tent. My mother, on the other hand, thought the opposite. This fond and quirky memory leads me to have no regrets about my purchase.