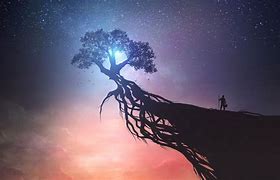 Enraptured by this American hellscape in springtime,

publication, so you just have to submit and submit and submit your farts via submittable dot com, and most of your farts have been declined or have been under review since 2018, and you’ve gotten to the point where it feels irresponsible to produce more farts without publishing the old farts for fear of carbon monoxide poisoning, and so you wait indefinitely for fart publication or eventual and imminent intestinal rupture.

The farts here are, of course, a metaphor for poetry.

The metaphor came to me in a dream.

“Baby Got Back” on national television.

Sometimes, the hellscapes beat me to

In the driveway, the neighborhood’s feral cats or semi-feral

cats or entirely domesticated cats who nevertheless dream of ferality invent a boisterous hell of their barbs and soft parts.

As it turns out, I know nothing of hell. Just of how it feels to

have my lights go out while standing under the midday sun, and to drop down towards my own private southwardness.

an email to a friend, speaking of winter, and then

invention and submittable dot com responds, and this is also part of the hellscape. One of seven sublime circles.

dancing salsa or Ellen DeGeneres, US America’s most popular queer, watching the Dallas Cowboys with a war criminal.

trees. There’s tear gas in Portland and a respiratory

pandemic on our hands. At least Harry Potter World is

open again or is re-opening soon, and the

is tweeting again, and (unrelated, maybe)

all of California is aflame.  And at least,

you are here with me

in this American hellscape. At least there are some breaths between us. At least one in each small throat.

to me in every corner of my particular internet. And for

three weeks I dream of trans meaning in a neoliberal state.

today and can’t ignore the signs. Doctor, is

it psychism or psychoanalysis, the way

they know the bones within me? Are these ridiculous palms

data or Dada? Your stupidity is your greatest

Nobody cares about how many books you’ve read, the

read the signs and can barely tell time on

an analog clock. In ASL, PEACH is bigger and softer

than EXPERIENCE, but not by much––both an open,

then closed hand on the flushed cheek. In the

middle of an interview, in the middle of one of many

Octobers, I am asked to return once I have gathered more

peaches. In some orchards, I am entirely unemployable.

a Chilean rooster sings on Youtube, apathetic and decorated,

while a tuxedo cat drowns. In my suburban neighborhood,

deer in the dark, and moments later, a friend on the phone says of public

speaking, We should recognize that we’re essentially herd animals.

for the task, and I am both signifié and signifiant. In the age of human language,

there’s no way to not be Saussurean. In the autumn breeze I am a fag

and I am thusly named. By which I mean, I love and love

and am loved, and on my balcony, only one potted plant,

the darling lemongrass, has made it through July.

Day Heisinger-Nixon is a nonbinary & disabled poet, essayist, interpreter, and translator. Raised in an ASL-English bilingual home in Fresno, California, Day holds an MA in Deaf Studies from Gallaudet University. Their work has been published or is forthcoming in Witness Magazine, Booth, Boston Review, Foglifter, and elsewhere. They live in Los Angeles, and can be found on Twitter @__day_lily__ and at dayheisingernixon.com.