I know from my mom’s impressively detailed notes in my baby book that I started standing on my own in February of this year. I know I started walking a month later. I know I took my first vacation–Ocean City, Maryland–in June. By December I was able to string together two to three words at a time, though it would be many years before I felt comfortable talking to anyone outside my home (until I was eight, I hid behind my parents’ legs and barked at adults who spoke to me). These are all milestones about which I have almost nothing to say. Whatever I was doing or thinking during this time was of great importance to a handful of people, and none to anyone else. I would rather talk about what was on TV.

Like most American families, our living space was structured around the TV, so even if I wasn’t watching it myself, I knew its presence; I found comfort in the sound of static as my parents fiddled with the antenna. I was already being shaped by TV. We would have watching sports most weekends: football on Sundays, baseball when my grandmother was around, maybe basketball (the 76ers won the NBA championship that year, two of their six Finals games broadcast on tape delay, the first Philly sports championship of my life and the only one until 2008 — a long string of failures, frustrations, and bad luck that I would internalize and come to view as central to my own identity, not to mention the city’s). I can safely assume that my parents–along with me and my older brother, Kevin–were among the 106 million people who watched the M*A*S*H finale. I’m sure I would have been sitting in my mom’s arms as she turned on Magnum, P.I. and developed a lifelong devotion to Tom Selleck. Before I could walk, I would have seen a dozen or more episodes of Hawaii Five-O. Would have seen the Fonz pounding on a broken jukebox and making it whir back to life, would have been unable to follow the intrigue on Dallas but sensed something was wrong in the world. Over the next seventeen years, I would spend more time in front of that TV than any other place, often with a copy of TV Guide in my lap, absorbing reruns of the shows that had been important to my parents and Kevin. I would often fantasize about learning some magic incantation that would transport me inside the TV, not because I wanted to be a star but because I wanted to sit next to Cliff and Norm and laugh at Carla’s jokes. To be a non-speaking extra at the Regal Beagle while Jack and Mr. Furley stumbled through another hilarious misunderstanding. To see the A-Team in action from a safe distance, and to maybe someday become friends with all these people I loved from a distance. I didn’t comprehend any of the jokes in Three’s Company until I was much older, but I understood that something funny was happening. I trusted the laugh track and I trusted the responses of the adults around me. I can’t tell you any specific thing about us watching TV during this year but I can tell you it is imprinted on my DNA. Every child absorbs the atmosphere in which they live. Don’t ask me to explain the science. I took a Developmental Psychology course in college, but it’s been a long time, and I trashed my textbooks last time we moved. I’m just trying to talk about how things feel. 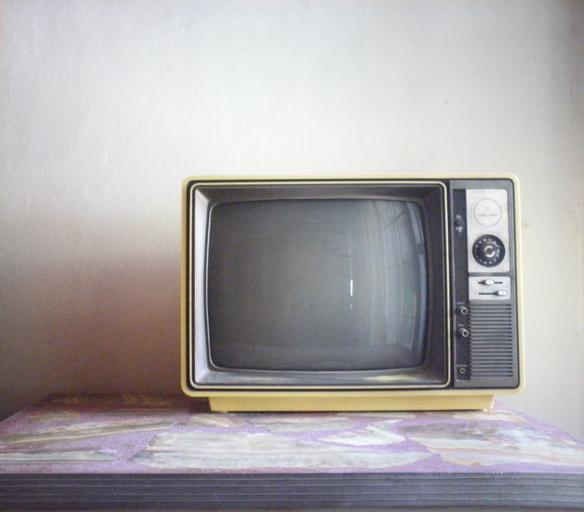 A couple years after my grandmother’s death, my Uncle Mike fell behind on tax payments and lost his house to the bank. I knew nothing about his life then. He smoked constantly and had speckled the couch with little burn holes by falling asleep with lit cigarettes in his mouth. He owned a signed Steve Jeltz home run ball and a fist-sized piece of the Berlin Wall, which sat side-by-side on top of a bookshelf. In old photo albums, there are pictures of him at one of my birthday parties with a black eye; I later learned that he’d been attacked outside a bar for being gay. I didn’t know until much later that he’d struggled with drugs and alcohol. He’s still alive and on Facebook–he’s been sober awhile and works for a church in North Philly–but we haven’t spoken since my dad’s funeral seventeen years ago. I never had a sense of how my dad felt about his brother, besides being frustrated with him. He’d waited too long to ask for help, and now we had one weekend to clear out a three-story home that had been overstuffed with five decades worth of clutter.

I have never worked harder in my life, nor for so little reward. We put in 14-hour days, hauling bag after bag after bag of trash to the local landfill. The dump was open to the public then. You could drive in and just drop your trash in the pile. There was a time when you could throw your garbage directly into the incinerator, until the city realized it might be hazardous to have thousands of pounds of toxic ash festering in the middle of our neighborhood. I learned more about the ash pile years later, when I was digging through Philadelphia Inquirer archives for an unrelated project. That ash spent more than a decade on a barge called The Khian Sea until finally it was illegally dumped in Haiti. Incinerated scraps of cloth, boxes of books, thousands of empty beer bottles, splintered drawers and end tables. Whatever it used to be, it was all just garbage. Still, nobody will take responsibility for it. Eventually, even our trash colonizes the developing world.

Between this grueling day and my wife’s own experiences sorting through the detritus of her deceased parents’ lives, we both have developed an intense aversion to surrounding ourselves with with clutter, leaving it for others to collect and categorize and throw into dumpsters. Once a year we work through our house and eliminate all the excess junk, and despite our vigilance, we still have ten bags of trash to haul to the curb and two carloads of odds and ends to deliver to Goodwill. I don’t know where it all comes from, the junk. It reproduces on its own and tries to fill every square foot of your home. We manage it with baskets and shelves and cabinets, and when they overflow, we go to The Container Store for things to hold our baskets. Half of what we donate ends up in a dumpster before anyone has a chance to buy it, and somehow it all ends up adhering to the garbage island in the Pacific Ocean. Eventually, your things find their way back to their own kind, clumping and floating like the eighth continent, this grim new ecosystem of plastic bottles and knickknacks and things that used to be treasured by people who were alive.

My dad showed me the room where his sister used to sleep. She’d had a seizure one night and died in her bed. I never met her, but I heard about her often enough to know her premature death had scarred everyone in that family in ways I will never fully fathom. She’d been dead for years but most of her stuff was still in the same place. We dumped the contents of her drawers into trash bags and then we dragged the furniture down a winding staircase and then dropped it on the curb for a junk man to find.

My uncle had two friends helping, younger black men I’d never met before. One wore a t-shirt stylized to look like a Wheaties box, except it said WEEDIES and had an image of a Rasta man smoking a joint on the front. The other owned a dog named Satan. Later, my uncle would have a falling out with Satan’s owner; without any evidence, I had always assumed it was somehow about gambling debts. Uncle Mike would describe this man and Satan as his enemies and tell me not to trust anything they said. I couldn’t imagine a scenario where we would run into Satan or his owner. None of this is symbolism. This isn’t a metaphor. It was just his dog’s name.

When I was older, my mom would strongly imply that the man in the WEEDIES shirt was my uncle’s boyfriend. Until the end of high school, I had never knowingly associated with a gay person, and I had no understanding then of the difficulty of growing up closeted in a devoutly Catholic household. On top of that, dating a black man in our racist little neighborhood–it was beyond my comprehension, beyond my effort.

By the end of the weekend, we had emptied the house, and only when we sat on the front stoop eating cheesesteaks–the most satisfying meal of my life, considering my exhaustion–did I realize how sad my dad was. The house he’d lived in was gone. His brother was never going to become the person my dad wished he could be. I was too wrapped up in myself to care about all that. I was 15 and convinced that I understood the world better than anyone. I’ve tried to bury that arrogant, narrowminded version of me, but some days I want to resurrect him. I want to cling to that defiance, that confidence. It never felt good, exactly, but it felt like a direction.

Tom McAllister is the author of the novels How to Be Safe and The Young Widower’s Handbook, as well as the memoir Bury Me in My Jersey. He is the co-host of the weekly podcast, Book Fight!, and nonfiction editor at Barrelhouse. He teaches at Temple University and lives in New Jersey. He is on Twitter at @t_mcallister