Doctor Who Gave Me a Superiority Complex

Social media first introduced me to Doctor Who during my last year of middle school, and immediately, the characters and plotline of the iconic British show had me in a chokehold. My friends and I sent each other post after post about the show, spending our weeks counting down the hours until the next episode. An entire summer went by where I binge-watched ten years’ worth of episodes hoping to catch details I’d missed before. Doctor Who posters covered my bedroom walls; a “Keep Calm and Allons-y” shirt hung in my closet (a reference to an antiquated meme and my favorite Doctor); my friend even gave me a cardboard standee of the T.A.R.D.I.S. (the Doctor’s time travel machine) that was as tall as I was and lived in the corner of my room until my mom threw it out one day.

The 2005 reboot of the show was the only version that I ever fully watched, but getting caught up in all the years of lore and plotlines involved with the first eight doctors was enough to fully suck me into the fandom. After my first viewing, I was fairly confident that the Tenth Doctor, played by David Tennant, was my favorite incarnation of the titular character due to his lively, hilarious demeanor and his quick thinking—but even today, I have a hard time identifying my overall favorite character.

Obsessing over a show that was considered “nerdy” at my school instilled me with a superiority complex that stays with me today, even though years have passed since I last watched an episode. Every time I wore a Doctor Who shirt to school and people didn’t get the reference, I wondered if I was better than everyone else since I was part of an inside joke that only a few others around me understood. My freshman English teacher was as big of a “Whovian” as I was, and I could tell that I’d earned some extra points in his eyes on account of my obsession.

Rewatching a few clips from the first season of Doctor Who reminded me of its mediocre costuming and CGI (though they may have been fine for 2005)—but it also reminded me of the sense of adventure and wanderlust that would course through my veins every time I would turn on an episode, whether the Doctor was running from carnivorous shadows in an empty library or watching the end of the earth alongside a human so obsessed with plastic surgery that she was little more than eyes and a mouth on a stretched-out piece of skin. The thirteen-year-old version of myself may have had a hard time accepting the low production quality of Doctor Who’s earlier seasons, but at least she could recognize the show’s impact on her love for storytelling, and she found a home in its sprawling fanbase—even if it came with a notion that she was smarter than everyone else around her. Perhaps one day she’ll find the time to sit through hours of mediocre special effects again, even years later, and she’ll rediscover why she loved it so much. 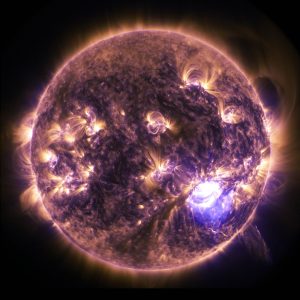