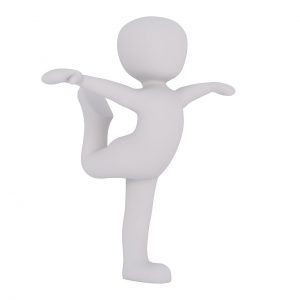 I spent the beginning of COVID-19 lockdown wading through piles of trash bags in my attic. In the cleaning process, I came across the Nintendo Wii I had gotten as a birthday present in 6th grade. I knew it was in my best interest to get rid of the Wii, but I decided to play on it one last time for old time’s sake.

Although I searched in the attic for a few hours, I couldn’t find any of the Wii game discs in the trash bags. The only game I still had was inside of the console, ready for gameplay: Just Dance 3. Just Dance 3 is one of the many Just Dance games in which players can dance along to (retrospectively terrifying) faceless dancers to hit pop songs. Players dance holding their Wii remotes to track their movements, and depending on the accuracy of their dance moves, can earn between one and five stars per song.

As a child, I absolutely adored the game. I played the game every chance I got: birthday parties, after school, sleepovers, and more. Most of my friends would stand still and only mimic the dancers on screen with the hand holding the Wii remote. I, on the other hand, danced my heart out to my favorite hit songs like “Pump It” by the Black Eyed Peas and “Dynamite” by Taio Cruz. I eventually beat all of the levels of the game (even the extreme versions of the dances!), and kept playing for fun. Eventually, I moved on to more grownup interests such as boy bands and British YouTubers. My Wii console and Just Dance 3 disc were tossed in the attic.

As I picked up my Wii this summer, I was filled with nostalgia and memories of elementary school. Within a few hours, I had put in new batteries into our Wii remotes and figured out how to plug in the console to our new television in the media room upstairs. I hadn’t expected the Wii to actually work since it was so old, but to my surprise, the bright white main screen popped up. Fortunately, Just Dance 3 worked just as well as it had in 6th grade.

I had intended to just play through a few of my favorite songs and then stick the console and game back in the trash bag I found them in. I was a little rusty at first, scoring only 3 stars out of 5 on those few songs. What stars I had earned were the result of pure muscle memory; otherwise, I had a hard time keeping up with the faceless dancers on screen. I decided, sweat starting to trickle down my forehead, that I had jumped in too fast into the hard songs and needed to go through the easier ones first this time. Just a few more songs, I thought, and then I’ll finish cleaning up. Before I knew it, I had run through most of the game’s discography. The room was now dark and I could see the sun setting through the media room windows.

My internal Just Dance 3 flame had been rekindled, and I knew I wouldn’t be able to stop until I could beat the game all over again. So I grabbed a notepad and pen, and started keeping track of which songs I had unlocked or gotten 5 stars on. Everyday for nearly three weeks I replayed every song on the game until I passed my personal 5-star barrier to success. The only song I couldn’t get 5 stars within 3 tries was “I Don’t Feel Like Dancing” by the Scissor Sisters. By my 5th try of the song, I truly did not feel like dancing. I was sweating through my clothes and breathless. The area on the carpeted floor that I had been dancing on was matted and stiff.

But I would not give up and succumb to the temptation of sitting on the floor and shaking my remote to the beat of the song. I groaned and replayed the song before I could talk myself out of it. I poured all of my mental focus into making sure I held my remote at the correct angle so that the game could detect my motions properly. It was hard. By this point, I had the energy and grace of the balloon men outside of car dealerships. In the last dance move of the song, the faceless avatar on my screen did a cute little shimmy and squat move. I did half of the squat and fell to the floor, all spread out like a starfish.

I watched the meter on the screen fill up as the game tallied up my points. I was embarrassed at how fast my heart was beating. 1 star. 2 stars. 3 stars. 4 stars…and 5 stars! I clapped and giggled just like I did in 6th grade when I first won the game. I now felt at peace with my progress, and felt ready to let the game and Wii go for good. I unplugged the system and put it back in a new trash bag filled with other items that I intended to donate. It was gone by the end of the summer. I sincerely hope that some 6th grader got a hold of my old Wii and is just as in love with Just Dance as I am.