How the Omnitrix is the powerful device in fiction 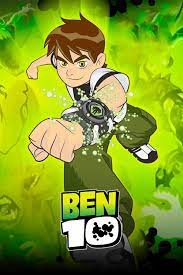 As a kid, I watched a lot of cartoons. I remember trying to wake up early before school or coming home after my YMCA football games to see them. I watched Nickelodeon, Cartoon Network, Disney, and Disney XD. Out of all these channels Cartoon Network was by far my favorite. My favorite cartoons on this were Ed, Edd n Eddy, Codename: Kids Next Door, and Ben 10. Ed, Edd n Eddy was about these three kids in a cul-de-sac who invented things, and Codename: Kids Next Door was pretty similar, but it took place in a tree house. But Ben 10 was my favorite out all of these.

Ben 10 was about a kid named Benjamin Tennyson who discovered an alien watch in an asteroid on a family vacation. The watch attached itself to his arm and allowed him to transform into ten different aliens. They ranged from giant dog-like beasts to four armed monsters and even a ghost. He faced off against a number of villains from Kevin 11, a kid who was a hybrid of his aliens, to Vilgax, someone who wanted the Omnitrix to create his own alien army. Out of all the villains my favorites were Kevin 11 and a bounty hunter named Six Six. But Vilgax was by far his hardest challenge. At the end of the first season however, he unlocks a new massive alien called Way Big and throws him into space.

But new seasons came along and Ben grew up and got more and more aliens. In the later shows he acquired one which became my favorite, Alien X. Alien X was pretty much a God and could do anything, but it had a split personality and all three personalities in it including Ben had to agree for it to do anything. At one point, it even recreated the entire universe when it was destroyed. Ben himself is a pretty overpowered character. That’s because the Omintrix can extract the DNA from any alien species. This means he could take Kryptonian DNA and be just as powerful as superman already. It also has a failsafe that prevents him from dying, as it automatically transforms him into the alien that will survive whatever even is about to happen to him. As a kid I wanted nothing more than to find one on my own. I would often daydream about what I would do with all that power, but luckily I only had good intentions.

As Ben’s enemies grew more powerful, so did he. At one point, he even held an entire big bang for a new universe in his hand. As a kid this was one of the coolest things I had ever seen in a tv show or movie, and still is to this day. I even went on to have an Omnitrix toy and play the video game that came out for PS2. I’ll never forget the impact the show had on me. Even to this day, I’ll watch an episode or two sometimes. They ended up rebooting the whole show entirely, to make it way more kid friendly. As the first run had a literal universe destroying event, it was pretty dark. And the darkest part about that was that Ben didn’t even save the original universe, just replicated it. So, all his original loved ones are dead. It’s probably the darkest thing I’ve ever seen in a kids show.