Now I’m not one to brag, but I’m pretty proud of myself, even now. I did so much during the quarantine – I got a lot of weeding done, I planted a bunch of flowers and fruit trees, did so many DIY projects around the house, and made a whole bunch of new friends!

Okay, so….the friends were a pink panda bear and a mummy dog, among other creatures, and the jobs I did weren’t exactly physical, but the point still stands!

Yeah, I, like many other people during the quarantine, dove headfirst into the Animal Crossing: New Horizons rabbit hole – I’d played a few others, so why not this installment, especially with the chaos of the world? It provided me with a nice, relaxing atmosphere that helped me to forget how lonesome and horrible everything was – and still is. I was allowed to have contact with others and be productive, even if the ways I did so were illusions of the real thing. I don’t know about you, but I’d take an illusion over sitting in bed watching the world metaphorically and literally burn and waiting for it to stop!

Now, if you were not caught in the zeitgeist of Animal Crossing this year and are curious about it, here’s an explanation. It’s a video game for the Nintendo Switch where you play as a person who’s tasked with upkeeping a deserted island and making it a place that everyone wants to visit. You acquire neighbors, a museum, and shops (all of which are/are run by cutesy anthropomorphic animals), catch bugs, fish, and pay off your house funds. That last one doesn’t have a deadline, thank goodness. In fact, there aren’t any deadlines at all in animal crossing – there are a few events that only happen on certain days, but nothing is urgent! It’s one of the most laid-back games there is, if you ask me.

I’ve calmed my mind and probably prevented a bunch of gray hairs just by playing. My daily routine was to shake every single tree on my island in hopes of something good, be it some nice furniture – I don’t know why furniture is in trees, but I’m glad to not spend bells (the equivalent of money in Animal Crossing) sometimes – or wasps that I could actually manage to catch. My coordination was always a gamble. Once the tree-shaking was done, I’d pick the seashells on my islands shore, water my rose garden (arranged in color order, a little fenced-in rainbow of flowers!), and do whatever daily tasks I had for the day to get extra currency. On some days, bug catching, on some, fishing, and DIY on others. Throughout it all, I would talk to whatever villagers I came across. It was a beautiful fantasy world, both for a major introvert and a person losing their mind in the quarantine. 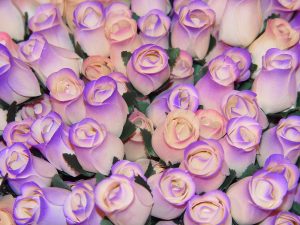 It was – is – a game that could be played any time and for any length of time without getting bored of the sweet characters or relaxing tasks. Well, most of the time. I’ve come to learn that one certain feature is a wager that’s way out of my league. The stalk market. Now, I’m already bad with the economy and understand little beyond the basics, but even a scaled back version of stocks was too much for me! On Sunday mornings, you can buy turnips – why turnips? Beyond the pun, I have no idea. It’s pretty cute, though – and resell them for a potential profit later in the week. It’s all a matter of luck whether you’re gonna get a profit or loss with the shops. Or maybe there’s math involved, I don’t know, stocks and numbers have never been my thing. Well….I had to give up after a few weeks with nothing but losses. I bought them from anything from 80-100 bells, and they always sold for the same or less. Yikes. Oh well, I don’t like waking up early anyway,  and I much prefer consistent ways to get bells by selling common items, even if it’s slower! Still a cool feature, though!

Animal Crossing was a major lifesaver during the worst of the quarantine with its calm and good-natured little world. Even now, though I don’t play it as much anymore, it still warms my heart and puts a huge smile on my face. I don’t think i could’ve had a 2020 without it!