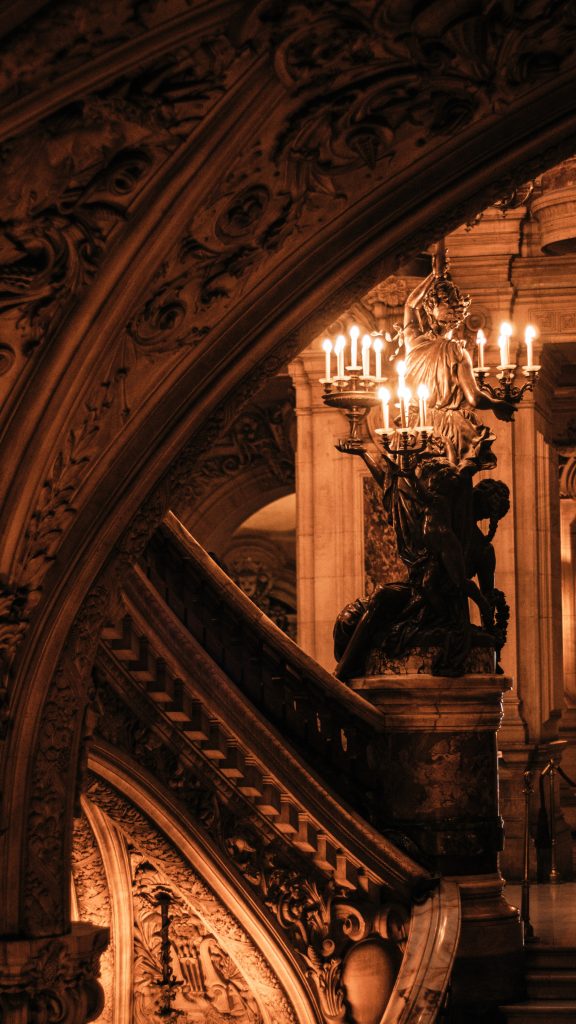 Everyone has a guilty pleasure. And if you think you don’t have one, you must just not feel guilty about it, good for you. However, everyone has that one thing that they can’t help but love; It just brings some sort of comfort, joy, satisfaction, whether it’s a movie, show, band, or game. Maybe loving this certain something seems weird or unusual to others, this would be what makes it a “guilty pleasure.” My guilty pleasure? The 2004 film, “Phantom of the Opera”. Now, this isn’t to say that I, or anyone, should be ashamed or outcasted for loving anything, including “Phantom of the Opera.” Objectively, there’s nothing wrong with that movie or any movie.  This was when I fell in love with musical theater, movies and film, opera, paris, masks, and ballet, despite never having been to Paris or an opera house and I do not dance, sing, perform, or anything of the sort. But, I do consider my love for the movie as a bijou quirk about myself, considering I first fell in love with the movie when I was only six years old. I was also only six years old when I first fell in love with a fictional character… I truthfully hadn’t realized my first attraction was to the Phantom until I rewatched it during the pandemic for the first time in probably ten years. My jaw dropped when the phantom appeared in the mirror and stepped out of my flat screen the same way he stepped out of the box tv in my childhood home.

My sister, fifteen at the time, popped it into the VCR. As soon as the beginning horns of Masquerade began blowing, and the scene set on the fireworks over the opera house, my sister pointed an eager and expectant look at me. But before the scene moved on further, she whipped me off the couch and we ran into the pantry in search of paper plates. With scissors and a pen to trace, we cut out the shape of eye masks and made holes for our eyes, taping plastic forks and ruffled napkins to the inside to appear as horns and feathers. We taped them to wooden skewers and practiced our “mask work.” When the movie resumed, I sang to the top of my lungs the words, well what I knew of them, which mainly consisted of screaming “MASQUERADE” over and over again followed by the mumblings of what I didn’t know to the tune of the song. Our living room’s high ceilings only magnified my voice, causing an echo to reverberate through our house. But, in my mind, I was Christine Daae in the fluffy pink gown dancing with Raoul in the golden foyer with jesters, performers, strangers in masks all around.

After rewatching the movie for the first time in such a long time during quarantine, re-realizing my attraction and strange love for the phantom provoked me to think back on the influence it had on my relationship history. Now mature-ish, I can finally say that the relationship between Christine and the phantom is a bit toxic. I mean she kind of thinks he’s the ghost of her dead father, he’s her teacher, and not to mention he’s a bit possessive when they haven’t even had a date. I wish that I could say I don’t have the same track record as Christine. The boys I have dated from fifteen to nineteen were, well, similar to the phantom. However, just like Christine, I was able to escape the tombs of the Paris opera house that was my terrible pattern in boys. My Raoul showed up and we’ve rowed away in a gondola for two years now.

I grew up with these characters in a strange way, constantly rewatching the film to seek the same comfort I felt the day me and my sister cut up all of mom’s paper plates. I almost forgot the trouble we were in for that. This movie became a part of me, instilled a mysterious wonder in me different from any other film or book or song I’ve been exposed to. I still wonder to this day where Christine and Raoul went after leaving the catacombs of the opera house in that gondola.