How Percy Jackson Changed my Life 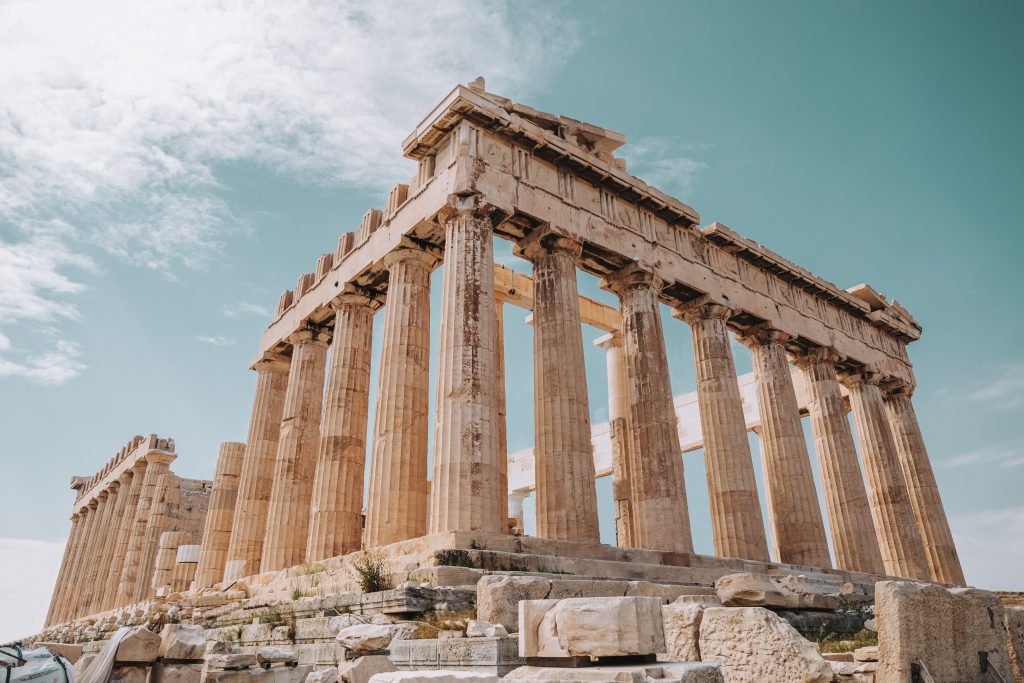 My first real fascination was with the world of the ancient Greek gods. Needless to say, this infatuation was heavily influenced by the popular Percy Jackson and the Olympians book series. I started reading the books when I was 9 years old and secretly held out hope that I would make my way to Camp Half-blood by the time I was 12.

I was convinced if I made it there that I would be claimed by the goddess of war and wisdom, Athena. This was partly because I thought I was the smartest little kid ever, my love for her daughter Annabeth, and the fact that I resembled her in physical appearance. Blonde haired and blue eyed, I was the perfect little portrait of an Athenian child. I hadn’t considered the fact that I was the least confrontational person you could ever meet and would be more than useless in terms of fighting or battle strategy. That was beside the point. Camp Half-blood would teach me those things anyway.

I imagined what it would be like to arrive at the camp. Being taken to the den to watch the famously awful and traumatizing orientation film that was directed by the crazy sun god, Apollo. Staying in Cabin Eleven with Hermes’ kids until I was claimed by my own godly parent. Moving into Cabin Six once I was claimed by Athena. Meeting Annabeth Chase, Nico di Angelo, Will Solace, and everyone else. Learning how to shoot an arrow, ride a Pegasus, and wield a sword. Maybe even becoming an immortal hunter of Artemis, the goddess of the moon and the Hunt.

I waited and waited for this day to come, but with no such luck. At this point I would have even been happy to just be a normal human that had a connection to the camp like Rachel Elizabeth Dare. I wouldn’t mind being a vessel for an oracle. I didn’t let any of the disappointment affect my love for the world. I studied mythology and was determined to be an architect because I found Greek architecture to be captivating. I have since moved on from that career choice, but I still plan to visit Greece to see the ancient ruins of the Parthenon and Colosseum.

My time is now spent reading Greek mythological works such as Homer’s The Iliad and The Odyssey, and writing stories featuring similar creatures and places. I grew out of my wanting to be a hero phase, but I am and will always be present in the world of Percy Jackson.